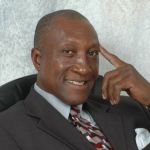 Ms. Alecia Washington and her ministry, the City of Hope, has been serving the Atlanta and DeKalb communities for over 10 years as a home for families, individuals from every walk of life, who are in emergency need. I had the opportunity to live at the City of Hope as a resident and work as an assistant on staff with Ms. Washington.

The program’s goal is to help residents regain their abilities to live independently on their own. This process starts with an interview to determine their social, emotional, economical needs. While I was there I assisted in the assessments which determined how to best help them for the next six months to one year. Once this was done, the next step was providing what was needed to help the residents. Everything is designed to establish hope through biblical principles and support through programs that restore residents to a solid social and economic footing in our society.

The City of Hope gives families and individuals a safe place to freely express their hurts and pain, rejections, and failures. Also Ms. Washington spends many hours mentoring and coaching individuals. Many City of Hope residents came with no jobs and very little cash or none at all. This program would still assist them until they were employed or became stable enough to pay a share of their monthly expenses. My experience and all those who come to House of Hope is very fruitful and rewarding. 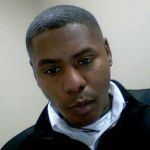 My name is Darrell John Geddes Jr. I am 30 years old.  My first DUI was when I was 17 years of age; it left me beaten unrecognizably and hospitalized by my arresting officers this proceeded a high speed high speed highway chase.  Between the ages of 18 and 20 I had found myself addicted to Methamphetamine, Alcohol, Marijuana, Sex & Pornography.  By the time I had turned 21 I had received my third DUI and had attempted to take my own life by jumping off a nearby bridge into the water because the drugs, alcohol and sex weren't numbing my pain anymore.

My third DUI resulted in the lose of my job and the respect of those that were in business with me at that time.  I was depressed,lonely (even though I had tons of friends around at all times) and in desperate need of a radical change and transformation; “The City of Hope” provided me with exactly what I needed

I received word from my mother that my God Mother had signed me up for a Business corse in Atlanta GA about 6 months before my third DUI.  While attending this corse I would be living and assisting in the running of “The City Of Hope” with my God Mother Alecia Washington it’s founder.  This was a substance free mansion devoted to helping people get back on their feet; rather they were addicted to drugs, homeless or just needed a fresh start.  We attended NewBirth Baptist church on Wednesdays and Sunday mornings every week without fail.

During my time at the City of Hope my relationship with God grew and that relationship started the transformation that I am still experiencing to this very day.

Since I have been back in Minnesota I have continued to grow and change always keeping fresh in my memory what God for me through “The City Of Hope”.  God has blessed me with a wife, two dogs and a relationship with Him that is not boring at all (and so much more).  God also used me to communicate His word to his people on 08/31/2014.  I am excited for what God is doing All praise and honor is due to His name because without Him I am truly dead in my sins.  Bless the Lord All my soul and all that is within me bless His name. My testimony continues with each new day in Christ.  May God Bless and keep you. Amen 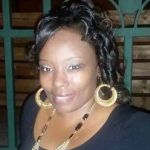 Hello, my name is Anshanela Stokes. I pray that this letter finds you in the best of health, Ms. Alecia Washington.

I am writing on behalf of me and my four children, and I just wanted to say we appreciate your acts of kindness extended toward us during our stay at the City of Hope from January 2009 to April 2010. I want you all to know what you provided went beyond our expectations. We never felt like we were a burden, we were treated with respect and love that we could feel. Your program is outstanding, and I wish there was some kind of way that it could be implemented in other cities. However, I know City Of Hope can't save the world,but your program sure saved us. Thank you for seeing our needs and going over and beyond the call of duty to make our transition successful. The mentorship that I recieved was such a blessing, and has helped me to become a better worker, a better parent, and an all around better individual. Thank you for the comfortability you provided, because of the comfortability,it allowed us to have stability, which led to my mind being free, enabling me to think better on how to reverse my circumstances, be able to provide for my children, and be productive returning back to the workforce. Words cannot express my gratitude. There is not a month that goes by where I'm not testifying to someone regarding my experience there, which myself and the children have nick named (Our City Experience).

Thank you for your patience,your empathy, and ability to encourage me when I felt all hope was gone. Rather you all know it or not, I was discouraged and flatlining, but your program brought restoration and revived me. I am, and will always be forever grateful for the acts of kindness extended toward me and my children. We had nowhere to turn, but The City of Hope embraced us and took us in. There are really no words to express the blessing you all were to us. Thank you for helping us,and seeing the good in me as a parent,recognizing that sometimes even Eagles need a push. Thank you for the thrust. May God bless you to continue to be a blessing to other families and individuals who just need someone to believe in them, and lend a helping hand with genuine love and sincerity.

City of Hope Safe Haven will provide comfortable, and emotional support for families. It is a recovery program for men and women who have any kind of life controlling issue.